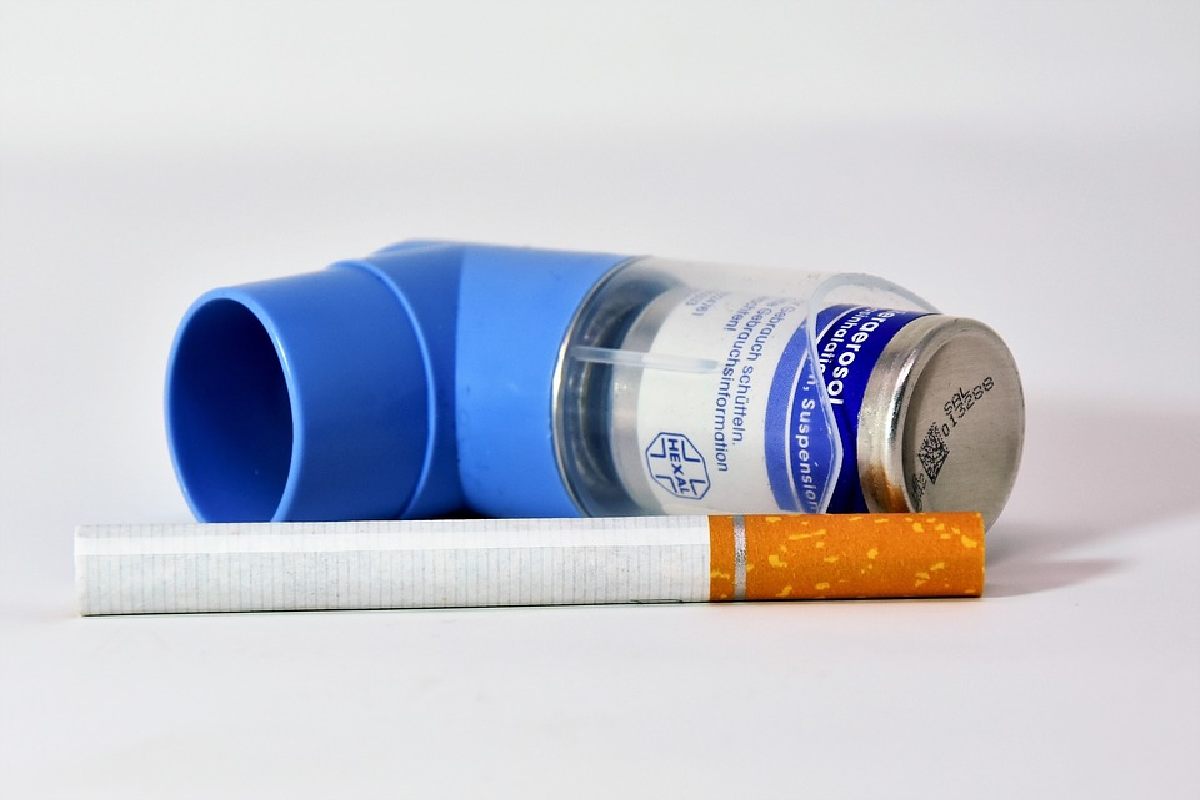 Different forms of asthma  The exact reason people develop asthma is not fully understood. However, it is known as both genes and environmental factors play a role. For example, people from families with allergies and allergies to certain substances are more prone to asthma. Others develop asthma because of their job’s exposure to certain substances.

Depending on the trigger, a distinction is made between the following forms of asthma, which can be allergic, or on-allergic. Still, it can also occur in combination and is referred to as mixed: Different forms of asthma. 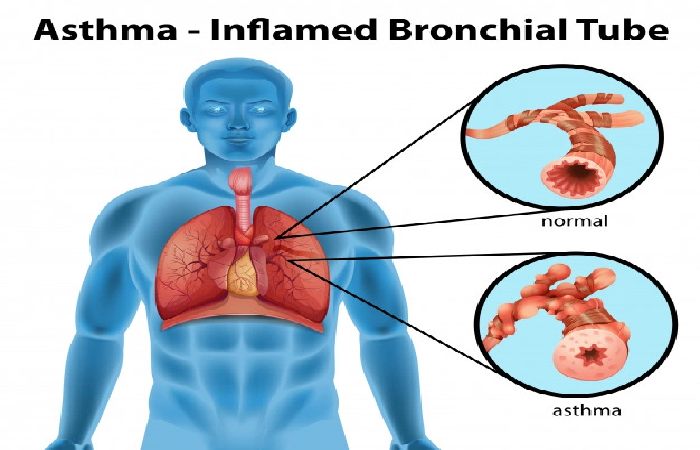 Different forms of asthma  This form of asthma is caused due to allergens and leads to the so-called early allergic reaction with an increased formation of immunoglobulin E (and thus increased Ig E levels in the blood serum). This early reaction is often followed by the so-called delayed allergic reaction, which causes symptoms typical of asthma. Allergic asthma runs in some families, so it is genetic and usually begins in childhood or adolescence. The allergic form of asthma also includes seasonal asthma, which occurs due to an allergy to specific pollen and depends on the respective pollen count. For example, hay fever patients often suffer because their pollen allergy has changed levels from the upper to the lower respiratory tract. In addition to hay fever, they also have asthmatic symptoms. Outside the pollen season, on the other hand, there are no symptoms, and lung function is normal again.

In the case of non-allergic asthma, defence reactions also occur in the body. Still, they are proven not to be caused by an allergen (but by another trigger ) because there is a rare increase in immunoglobulin E. It means that the early allergic reaction does not occur but only the late asthmatic reaction. See also video clips (right) on granulocytes and mast cells.

This delayed reaction also puts the inflammatory cells in a state of defensive readiness for a long time and thus leads to the symptoms typical of asthma. In non-allergic asthma, the paranasal sinuses are almost always chronically inflamed. As a result, polyp-like growths in the mucous membrane (nasal polyposis) later develop, which can significantly impede breathing through the nose.

An allergy cannot be detected in about 30 to 50% of adults with asthma. Non-allergic asthma often begins in the late 40s, typically after a viral airway infection. This form of asthma is often triggered or aggravated (triggered) by conditions in the respiratory tract. However, instabilities in the severity of the disease are less pronounced than in allergic asthma. On the other hand, intrinsic asthma often shows an extreme form right from the start.

In most cases, mixed-form asthma develops from the original allergic asthma. Over time, non-allergic (intrinsic) causes gain the upper hand – often due to repeated infections. On the other hand, both forms of asthma show similar asthmatic reactions to non-specific triggers such as cold air, fog, smoke, kitchen fumes, perfume, etc. These irritants do not cause asthma; they only trigger it.

Certain occupations that involve daily exposure to potential allergens are associated with an increased risk of asthma. These include, for example, bakers (flour dust allergy), hairdressers (nickel and care products allergy), carpenters (wood dust allergy) and printers (dyes and solvents). Therefore, people with a known tendency to allergies should consider their career choice accordingly.

However, occupational asthma is not always the result of an allergy. Certain chemical substances can irritate the bronchial system so severely that asthma develops without an underlying allergic reaction. For example, inhaling chlorine gas (e.g. in the event of an accident) or so-called isocyanates (which are used, among other things, to produce plastics, paints and adhesives or as hardeners) can lead to explosive reactions.

The first signs of illness in the workplace often only appear after years of contact with the trigger. For example, it is typical of occupational asthma that the symptoms worsen at work while they improve again at weekends and on vacation.

Triggering of asthma by infections

Viral infections often lead to airway inflammation and often trigger an asthma attack. This applies to all forms of asthma.

About 10-20% of asthmatics – particularly those with the non-allergic form – are hypersensitive to certain medications. This is particularly common in middle-aged women.

There is no underlying allergy here, but a (probably hereditary) drug intolerance. It is, therefore, a non-allergic (intrinsic) form of asthma. Drug-induced asthma often occurs in combination with other, primarily allergic forms of asthma. This form of asthma often manifests itself with sneezing and watery nasal discharge.

Another group of drugs, the beta-blockers, are problematic for asthmatics because they often worsen asthma. Some sensitive patients even get a severe asthma attacks after taking the pills.

Exercise-induced asthma (exercise asthma) is a different form of asthma

Especially at the beginning of and after physical exertion, most children affected by asthma and around one in three adults with asthma develop asthmatic symptoms.

In many children, asthma attacks occur mainly when playing sports, while (as long as they do not catch an infection) they have no signs of the disease.

This is where asthma gets worse because gastric juice passes into the oesophagus. As a result, there is a reflex spasm of the bronchi.

Certain asthma medications may intensify this form of asthma because these can paralyze the movement processes of the oesophagus.

This severe and life-threatening asthma attack without prior signs of disease deterioration. In addition, this type of asthma is industrial on entirely different inflammatory mechanisms than the other forms of asthma.

This is a mild form of asthma in which the main symptoms are a dry cough but no shortness of breath. It usually precedes later asthma.