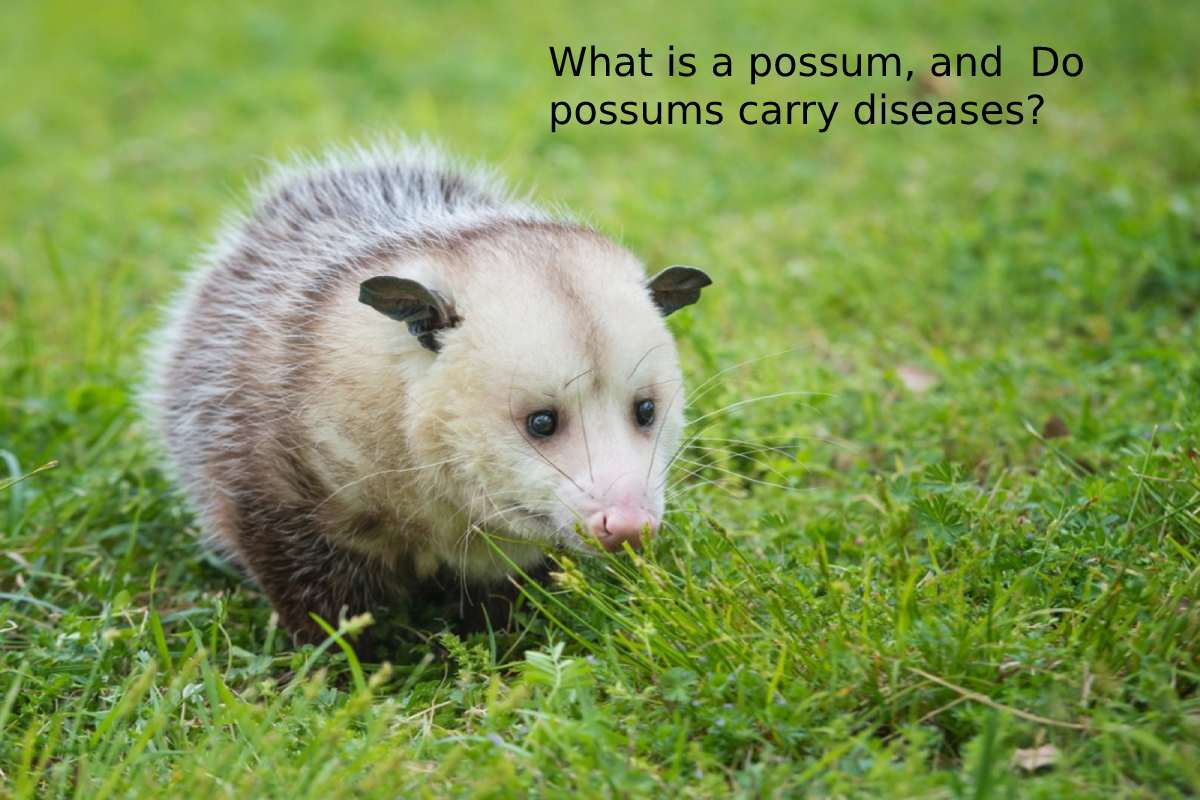 The possum is a marsupial mammal endemic to South America and has been present in North America since the Cenozoic, a geological era known as ” the Age of Mammals “. The term opossum encompasses more than 100 species within the order of Didelphimorphia. It is also known as the common opossum, raposa, rabipelado, chucha, fara or Tacuazín.

We are talking about small animals, similar in size to a domestic cat, carrying an omnivorous diet, including variable percentages of meat and vegetables according to the species. This marsupial is also semi-arboreal because it can easily move between the trees thanks to its prehensile tail.

Opossums carry diseases like lice, fleas and ticks that can infest homes and transmit diseases such as Lyme disease and tularemia to humans and pets. Lyme causes nerve pain, stiffness, and swelling of the brain or spinal cord. Tularemia causes swollen lymph nodes and ulcers.

Opossums are considering a potential source of entry for T. cruzi into the domestic cycle. Chagas disease, or American trypanosomiasis, affects approximately 18 million people in Latin America; it is a parasite caused by the flagellate Trypanosoma cruzi.

If you find a possum in its natural habitat, the first thing you can fear is that it is a dangerous animal. It has 50 very sharp teeth and strong nails capable of tearing the most resistant skins.

However, it should be noted that a possum will avoid confrontation with a human being by entering thanatosis, playing dead due to our size, since we will be an imposing predator. This reflex action can last from a few minutes to an hour. 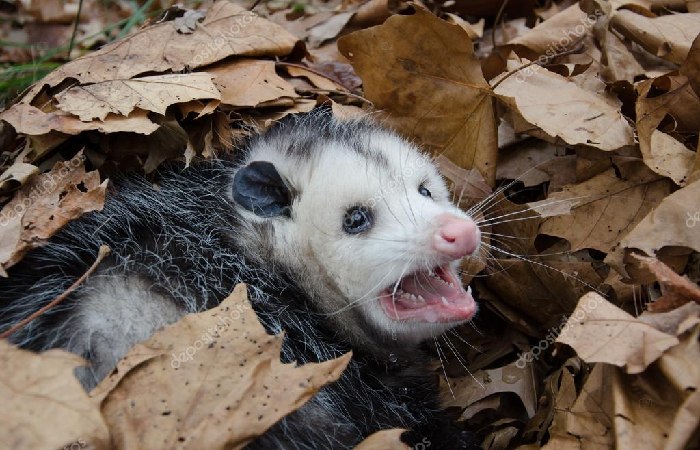 What if you get bitten by an opossum?

Opossums don’t bite people, nor do they spread rabies, so don’t be afraid if you have a close encounter with one of these sweet animals.

Opossums are known for their ability to resist the bite of almost any type of snake. A squad of scientists from San José State University has managed to isolate a protein from the blood of these little critters that promises to serve as antivenom.

What diseases can an opossum transmit?

It is a marsupial like the kangaroos of Australia. The opossum is a peaceful, shy and solitary animal in the wild. Although it is commonly thought that the opossum is an active spreader of diseases such as rabies, scientific studies have shown its great capacity to resist this disease.

Opossums can damage your home inside and out. They will destroy your garden by eating fruits and vegetables and eating any pet food that is not secured outdoors. They will also litter dumpsters and compost piles as they forage for food. If an opossum discovers its way into your home, it will eat pet food or other accessible food. Although they are not normally aggressive, they could attack if cornered.

Opossums are also carriers of tularemia, spread to them by insects. Humans can bond tularemia from an infected opossum through contact with it or its faces. Always wear gloves once dealing with a dead animal and never touch a live wild animal. An ulcer appears on the skin where the bacteria enter the body. Swollen lymph nodes accompany it. Over time, it can cause coughing, chest pain, and shortness of breath.

The modern solution for possum control

A member of the Wildlife Control Team will assess your situation and determine if you have a possum problem based on yard damage and droppings. Exclusion is often the most effective way to prevent possums from entering your home. It is done by sealing the openings with wire mesh and digging. Trenching works by digging a ditch around the foundation of a structure and lining it with a material that animals cannot chew or dig through. The possum can also be trapped and relocated.

Are possums aggressive or dangerous?

Opossums are extremely docile creatures. Although they may growl, hiss, or show their sharp teeth, it is not considered aggressive animals.

However, it considers a pest in some countries since it is common to approach homes attracted by food remains in garbage or compost piles. Likewise, they are also common to dig in the gardens, searching for larvae and insects.

They are crepuscular animals; it nocturnal habits, which only interact with their congeners during the breeding season, including copulation and raising the young. They have a pouch to keep their young warm and protected during their development.

It is usually solitary and inhabits those areas with abundant resources, where they can take refuge in dark caves, even if they have not built them themselves.

When these animals feel threatened or in danger, they use thanatosis as a survival method, an involuntary physiological response similar to fainting that mimics the appearance and smell of an injured or dead animal. However, during thanatosis, the brain remains conscious.

Can opossums be pets?

Likewise, opossums, like many other wild animals, are susceptible to zoonotic diseases; it transmitted to humans and vice versa. Therefore, if you have decided to rescue one of these animals and wonder if it is possible to have it as a pet, go to a veterinarian specializing in exotic animals beforehand to carry out a complete examination.

In conclusion, opossums carry many contagious diseases and can be life-threatening to victims. However, opossums often have fleas and other parasites and the potential diseases that go along with those.

How to lose weight in 3 months

Quotes -To make you feel better