Ketogenic Diet: why they are not Recommended 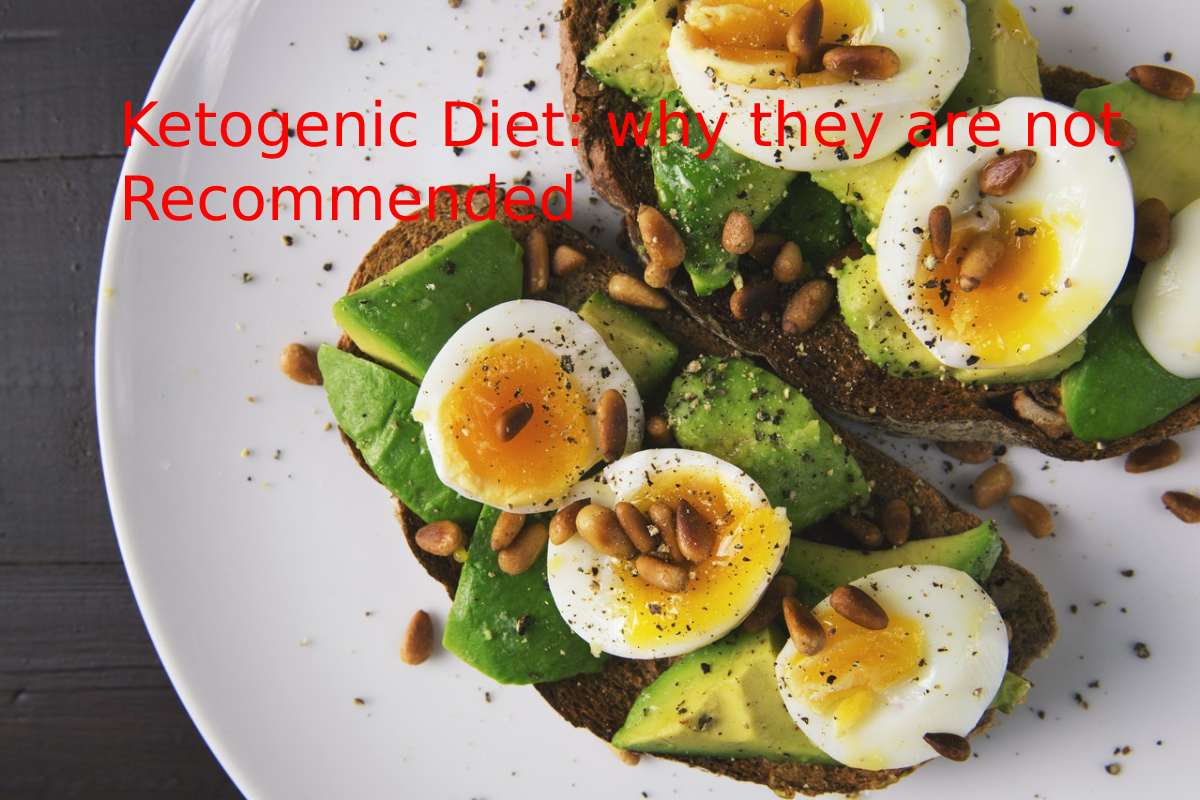 The ketogenic diet is one of the most famous miracle diets in recent years, a dietary option to lose weight quickly, but it is very controversial.

The ketogenic Diet began being used as an anticonvulsant treatment in 1921. Over the years, its use decreased with the appearance of drugs intended for this function. But in recent times, it has resurfaced again. And in the world of weight-loss diets, low-carb eating plans attract attention. In addition to being low in carbohydrates, the ketogenic diet focuses on fat, which provides up to 90% of daily calories. This is not a type of Diet to experiment with.

How does a ketogenic diet work

The ketogenic diet is characterised by its high lipid content, adequate protein and low carbohydrate intake. All this causes ketosis, which forces the body to seek alternative energy sources without carbohydrates. Some unsaturated fats such as nuts, seeds and olive oil are allowed, and vegetables with a low carbohydrate index, such as spinach, cabbage or broccoli, foods with omega 3 such as sardines or salmon, or salmon protein in moderation, such as rabbit or white fish. Diets like the Atkins, Dukan, or Paleolithic could be considered ketogenic or low-carb diets.

On a ketogenic diet, instead of the body depending on sugar, which comes from carbohydrates, it relies on ketone bodies, a fuel that the liver produces from stored fat. This diet is used to help reduce the frequency of seizures in children. According to Harvard Medical School, only short-term results have been studied and unknown longer-term effects.

Following a diet of this type forces the body to look for energy in fat oxidation (as occurs during fasting) and, therefore, the consequent loss of power. The ketogenic Diet minimizes the consumption of carbohydrates, eliminating foods such as cereals and derivatives, tubers such as potatoes, legumes and processed flour products. If the amount of carbohydrates is between 50% and 60% of total calories under normal conditions, it reduces to 10% (50 grams per day) in a ketogenic diet. This amount reaches the consumption of fruits and vegetables in very controlled portions.

This is done to cause the body to enter a steady state of hunger. At this time, the first step that the body follows is to pull down the glycogen stored in the liver. Once this glycogen spends, the body turns to fatty acids. Ketone bodies are produced in this process (acetate, acetone and b-hydroxybutyrate are the main ones), whose presence in the blood can have detrimental effects on the body when their formation prolongs over time.

The Six Risks of the Ketogenic Diet

The increased ketone body in the blood leads to dehydration and other metabolic disorders. In extreme cases, arrhythmia can cause unexpected death, especially if there is a previous cardiovascular risk factor, as recognized by the Spanish Agency for Consumer Affairs, Food Safety and Nutrition ( AECOSAN ). Under normal conditions, with a balanced diet, the body manages the volume of fat that it burns and does not typically manufacture or use ketone bodies. This Diet forces the liver to work harder than necessary under normal conditions. The kidneys must filter and excrete more blood of blood origin to expel leftover nitrogenous waste and ketone bodies.

The ketogenic diet was linked a few years ago, like other alternative diets, with anticancer effects. However, in a review of some of these diets published in the journal Anticancer Research, some not only do not contribute to improving the prognosis of cancer but can also compromise the nutritional status of patients.

Although most cases of epilepsy are controlled with medication, 20-30% of childhood epilepsies do not respond to this treatment. In these cases, the ketogenic diet has become an effective and well-tolerated treatment due to its neuroprotective and stabilizing effects. According to Neurology, in a randomized controlled study in patients with refractory childhood epilepsy, the ketogenic Diet shows an evolutionary activation of cognition and mood.

The metabolism of fatty acids generates a state of ketosis, which, according to the Spanish Epilepsy Society ( SEEP ), reduces the number of epileptic seizures. The experts assure that the metabolic changes would help the cellular metabolism activate biochemical and genetic programs in the brain in response to ketosis, reduce glucose, increase fatty acids, and improve mitochondrial bioenergetic reserves. Currently, data support using the ketogenic diet in infantile spasms, Rett syndrome, myoclonic seizures, or Dravet syndrome).

Cream For The Body and its Types and Purposes

Seven Foods to Improve your Mood

Obesity Surgery: How to Avoid Excess Skin After

What are healthy weight loss and Strategies